In 1968, a different kind of hotel opened in Osaka, Japan. That special hotel then spread throughout the area and, in the mid-1980s, they started to pop up throughout South Korea. Since the very beginning, these hotels have been a taboo subject in South Korea, but to foreigners, they are an interesting and unique place to go.

The average age for people to get married in South Korea is 31-years-old and most Koreans continue to live with their parents. Because of this, being intimate with your significant other can be a bit of a challenge and that’s where these special hotels come in.

These special hotels go by the name of love motels in South Korea and because of their main purpose, they come with a certain stigma. For a long time, they were considered glorified DVD rooms with decor straight out of adult movies. Parents even held protests if any of them were built in their neighborhood.

In recent years, however, the hotels have been trying to restyle themselves and have successfully caught the attention of foreigners and have made it a smaller issue with the younger Korean generation.

The love motels have done this by creating unique themes and concepts. One chain of hotels has everything ranging from vacation themes to cafe themes.

And there are plenty of other hotels that offer even more unique options. These themes have intrigued foreigners who will sometimes go to them just to visit!

Another thing that has made these hotels a favorite among foreigners is that they aren’t just for young couples seeking a private moment together. They are an affordable place to sleep or take a mid-day nap. Rooms can be rented out by the hour or by the night so they can be convenient for travelers. 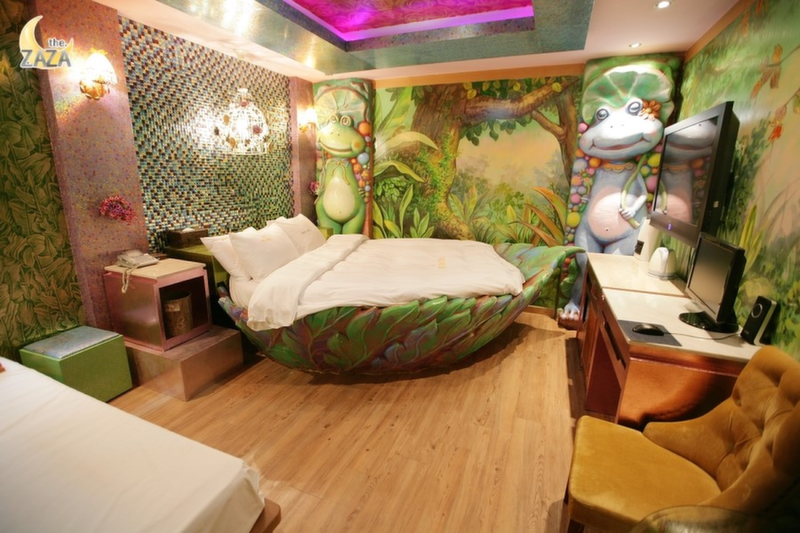 Foreigners aren’t the only ones that like being able to use a room like that. Love motels have also become popular for single people to just take some time and relax and at other times, they are used for things like gaming.

While love motels are still a rather taboo subject in South Korea, as things change, they might not be seen like that for much longer.