The members were able to distribute a total of 20,000 seedlings of South Korea’s national flower, mugunghwa (Hibiscus syriacus/Rose of Sharon) during the event. However, it was the way that Youngjae treated his staff member and some fans that caught the most attention. 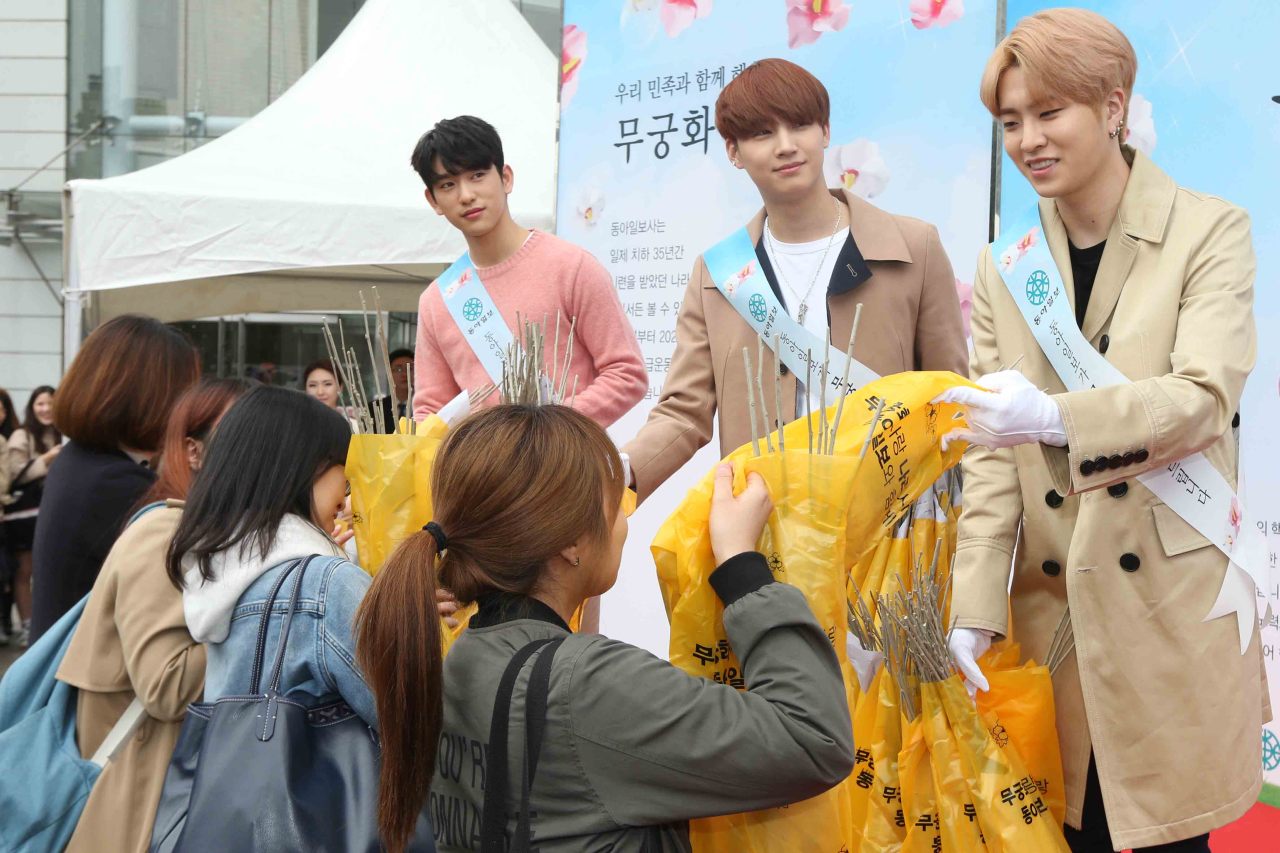 As GOT7 were distributing the flower seedlings, it suddenly began to rain leading the staff members to rush beside the members and shield them with an umbrella. Youngjae noticed that one staff member appeared to be getting wet from the rain in the process. He was captured asking the member to come closer and stand under the umbrella with him instead.

170405
Sports DongA@GOTYJ_Ars_Vita #got7 #youngjae #jaebum #jinyoung
–
Youngjae’s so nice pulling the staff closer so he also wont get wet pic.twitter.com/w90Um0neD3

He kept on kindly insisting for the staff to avoid standing in the rain. What a sweetheart!

Those who received the seedlings from the GOT7 members also had the opportunity to take pictures with them.

No wonder he is being considered a sunshine by his fans! Youngjae’s kindness are genuinely captured even if he thinks no one is looking.