A bride on fire is the last thing people expect at a wedding, but at one woman’s wedding, it was exactly what she and the photographer planned!

While standing by a lake in Fuzhou, Mr. Zheng, the photographer had an assistant light his client’s wedding dress on fire. He gets to scramble away while the bride poses.

The bride agreed because she thought the idea would make for “cool” photos.

The idea of burning dresses came from wedding photographer John Michael Cooper and the #TrashTheDress movement. 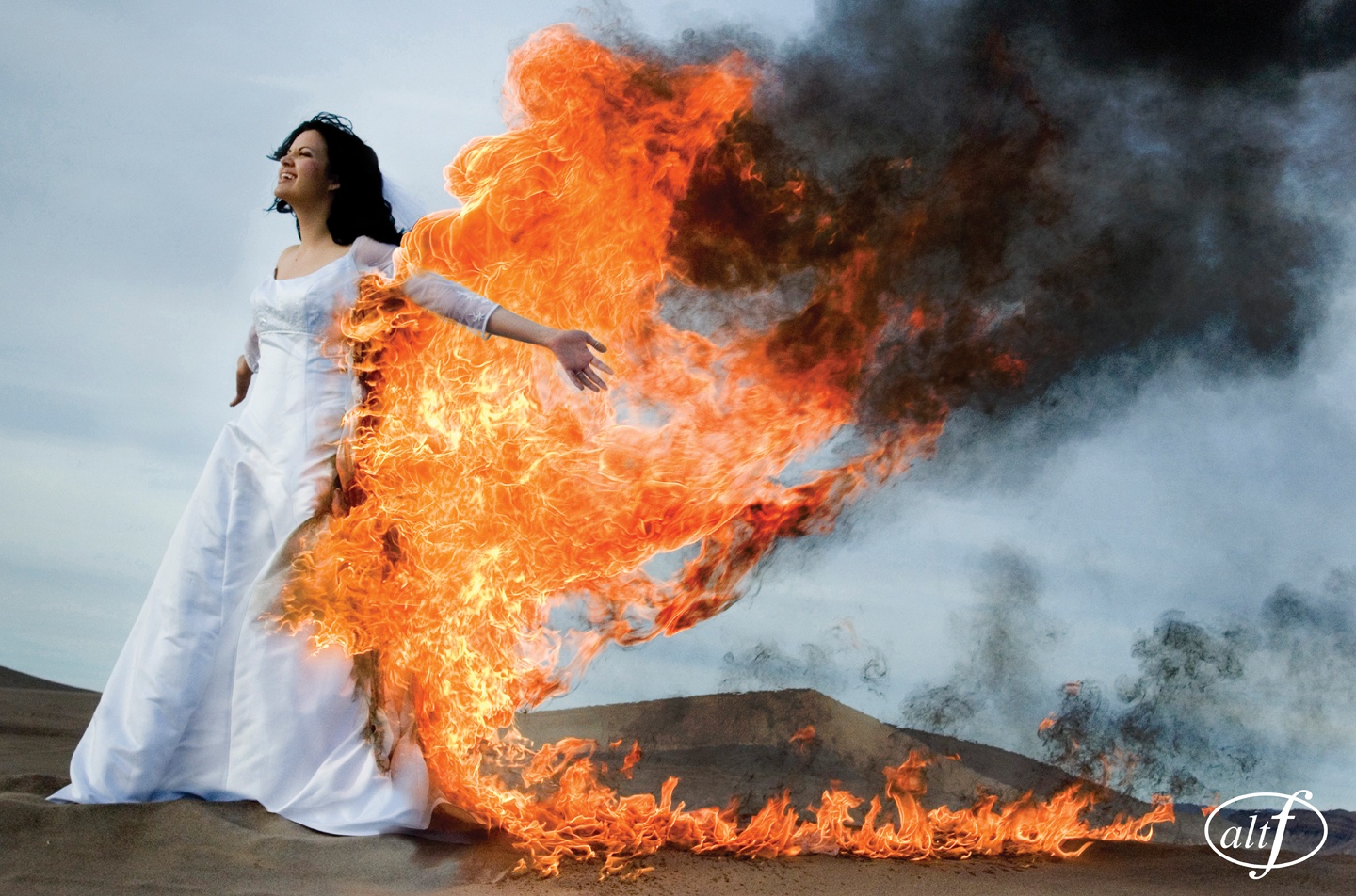 Luckily, the photographer and his assistants had a fire extinguisher prepared for when the bride got too fiery.

In the end, the brides photoshoot turned out totally HOT. We don’t recommend trying this though!