G-Dragon misses BIGBANG’s maknae Seungri a lot and he had to let the whole world know! 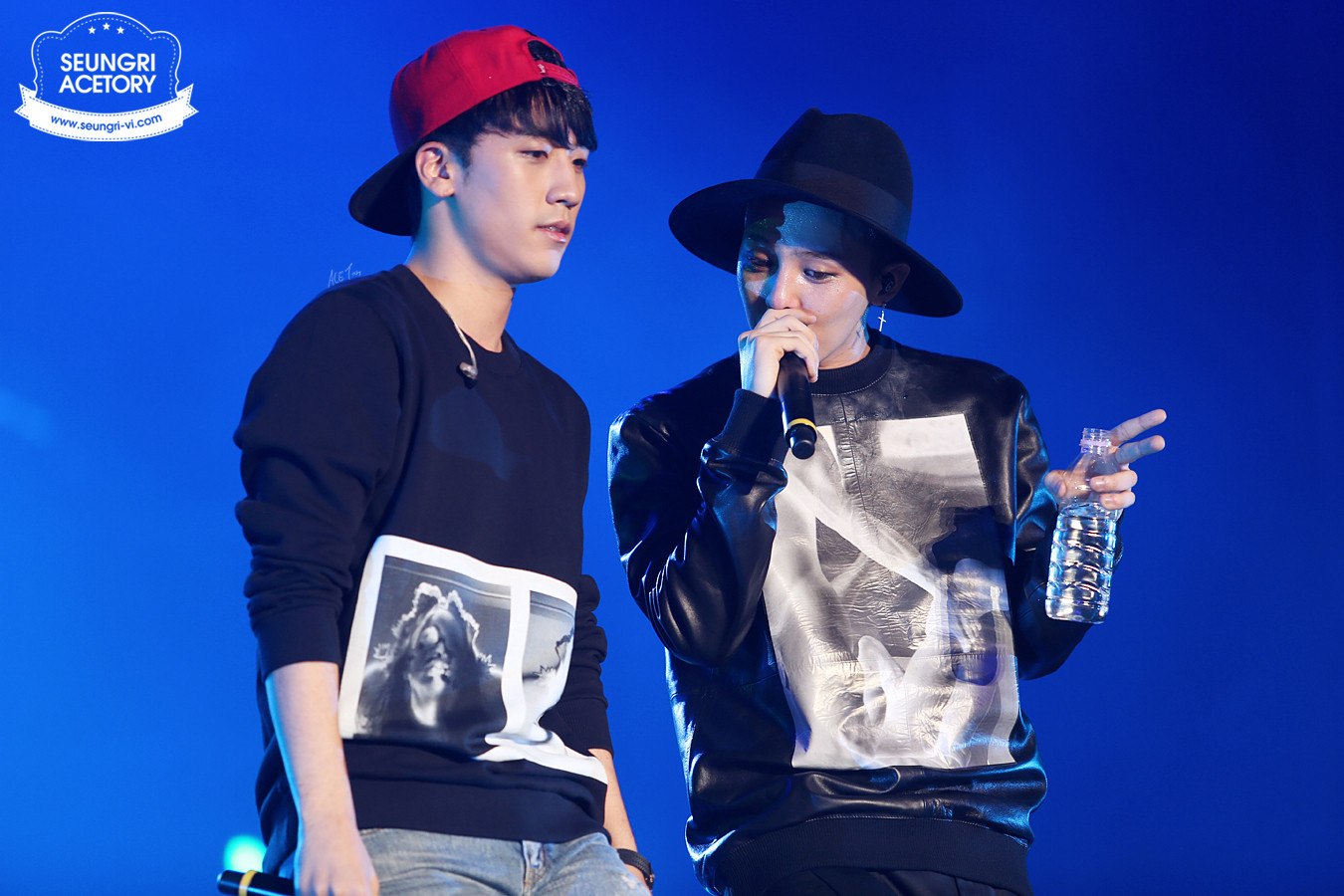 Seungri uploaded a photo of BIGBANG’s “A TO Z” Taipei exhibition as he will be attending the event.

Fans poured out their excitement over Seungri’s appearance but amongst the many comments, a heartfelt comment from G-Dragon’s private account was spotted.

“Seungri-ya, where in the world are you and what are you doing. I miss you.” 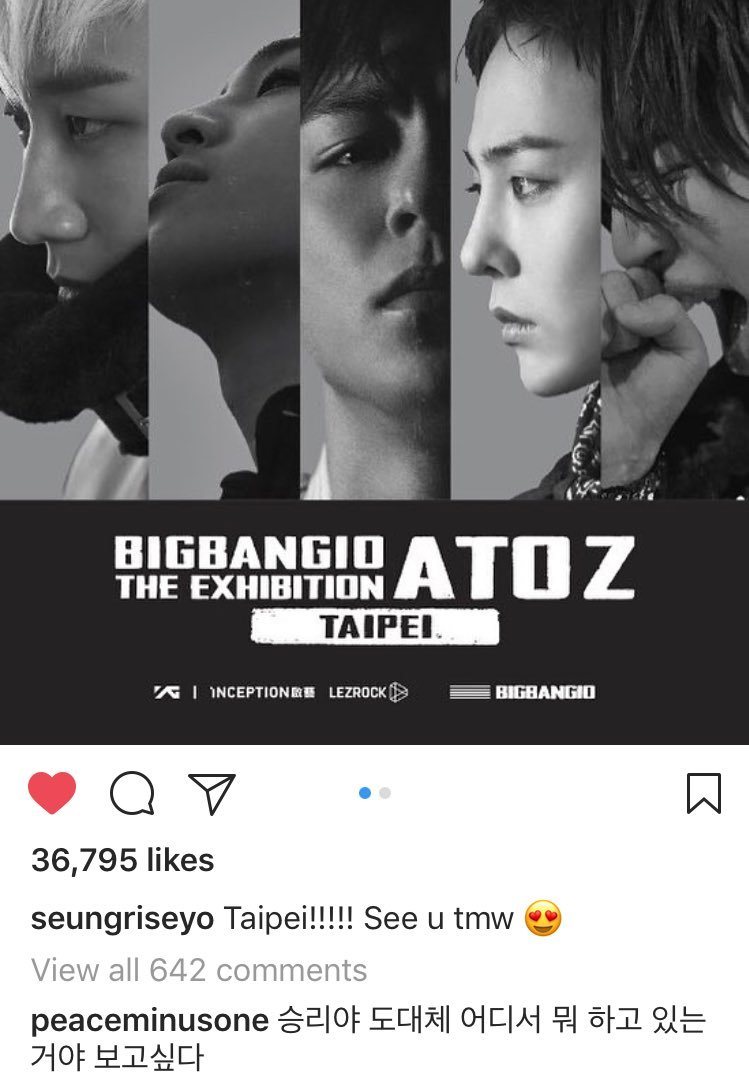 Just like his hyung, Seungri has been keeping busy as he is occupied attending events like the exhibition above and even club events. 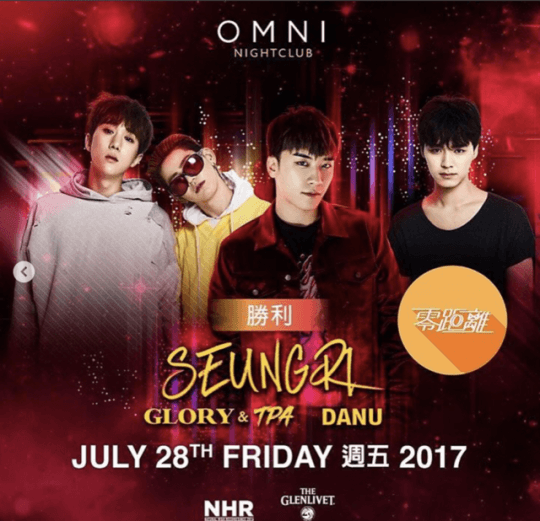 Not only that but Seungri has been highly active in his personal life as he even recently participated in a Jiu Jitsu competition and won medals!

Since Seungri is very engaged with his individual activities lately and G-Dragon is busy with his world tour, both haven’t heard from each other!

Hopefully, the two find some vacant spots in their busy schedules and get to catch up with one another since G-Dragon really misses his dongseng…

Fans shouldn’t be worried though, even if the members seem far away right now, G-Dragon promised that BIGBANG will come back together!