After a long series of teasers, it has finally been revealed that Wu Yifan is the first male celebrity to grace the cover of Vogue China alongside American model Kendall Jenner.

Photographed by the famous Mario Testino and styled by Anastasia Barbieri, Wu Yifan can be seen dressed in a black with red accent Givenchy suit from their Fall 2015 Menswear collection whilst Kendall Jenner is posing next to him in a matching red dress. The cover has since been uploaded and shared on a number of platforms – from Instagram to Weibo – on each of their personal accounts.

In the behind-the-scenes article published on the official Vogue Mini smartphone application, it was also revealed that it was Mario Testino who suggested for the male star to try out red hair and had personally advised the stylist to incorporate a number of accessories for the shoot. He also praised the artist for his sense of fashion.

Meanwhile, Wu Yifan is set to appear in the 2016 Chinese fantasy film L.O.R.D alongside a string of high-profile actors and actresses including Fan Bingbing, Aarif Lee, William Chan and many more. 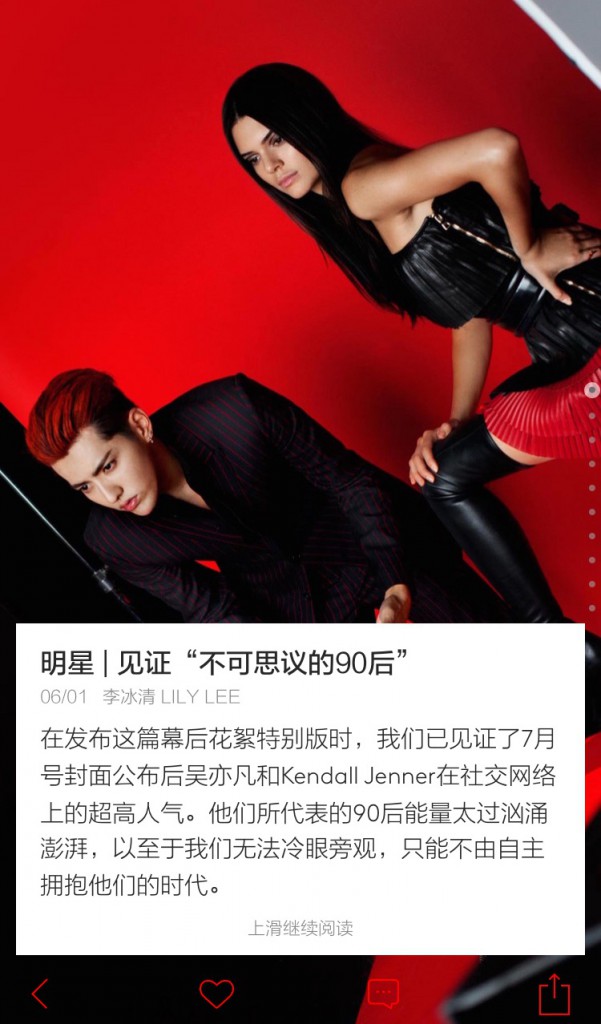 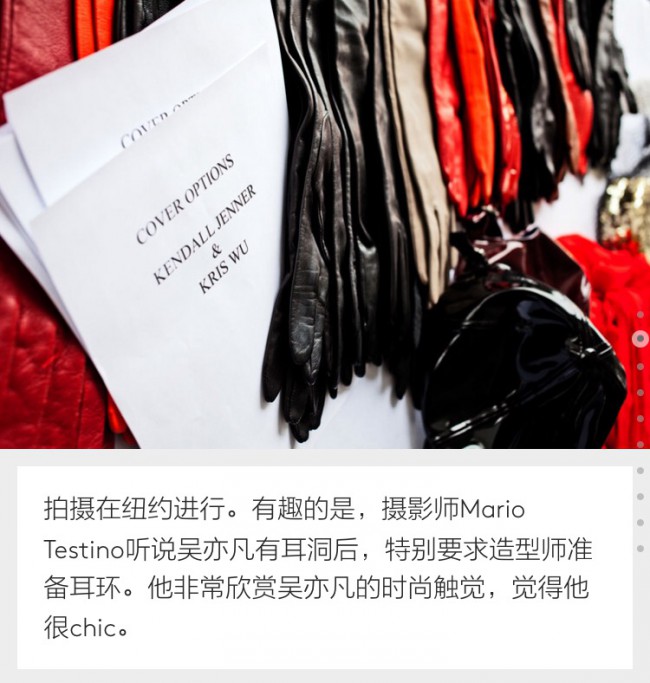 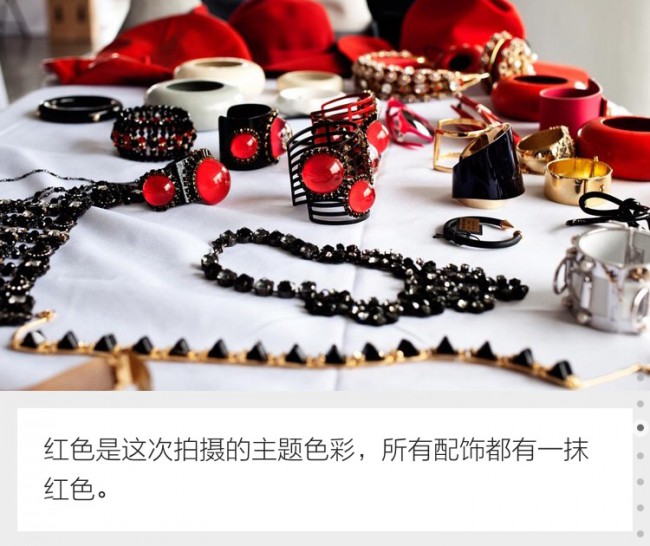 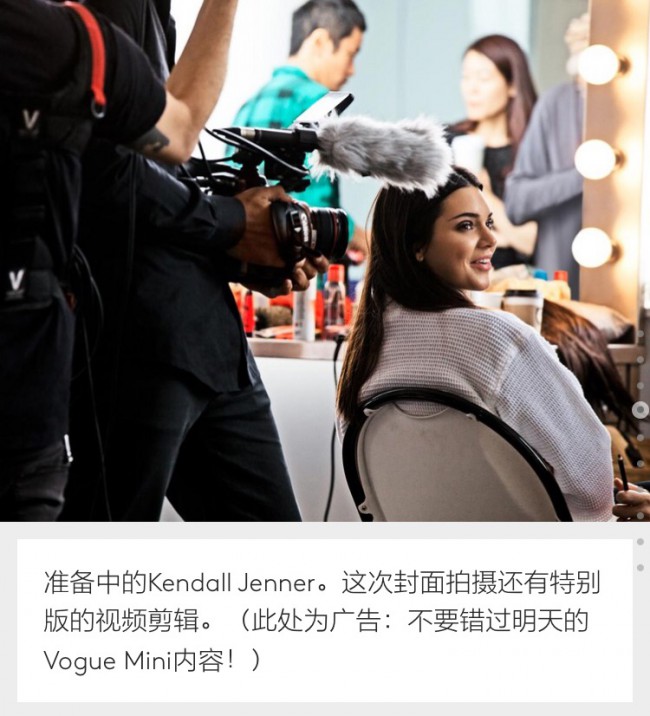 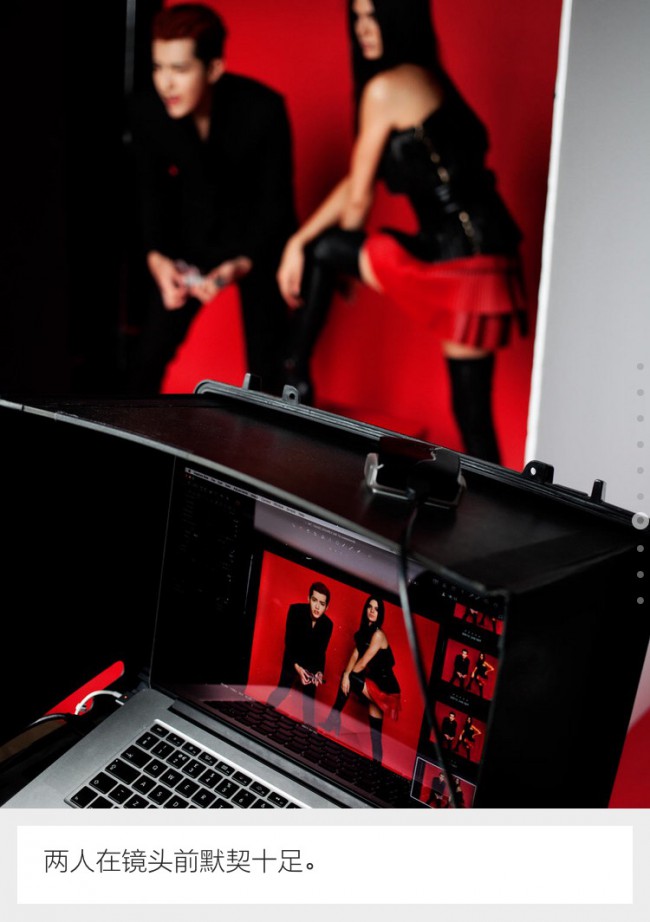 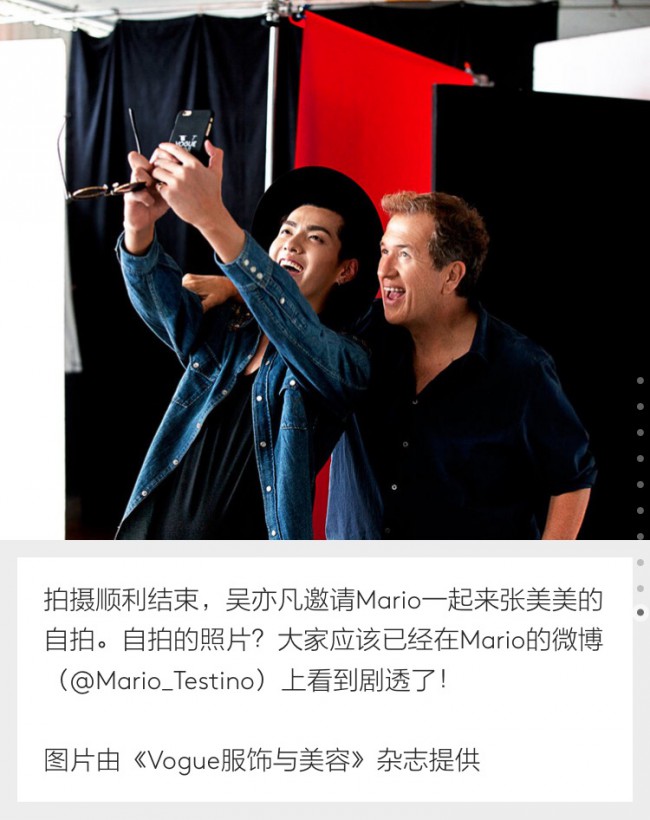