Music show Show Champion has recently come under fire for their failure to provide artists with a safe stage to perform on.

During the show’s latest episode, artists could be seen clearly struggling to perform their choreography due to stage, which had become incredibly slippery due to rain. In fact, many artists, including rookie girl group Cosmic Girls, suffered some slips and falls during their stages. And while no performers were seriously injured, netizens berated Show Champion for failing to maintain the stage and care for the artists’ safety during the show. 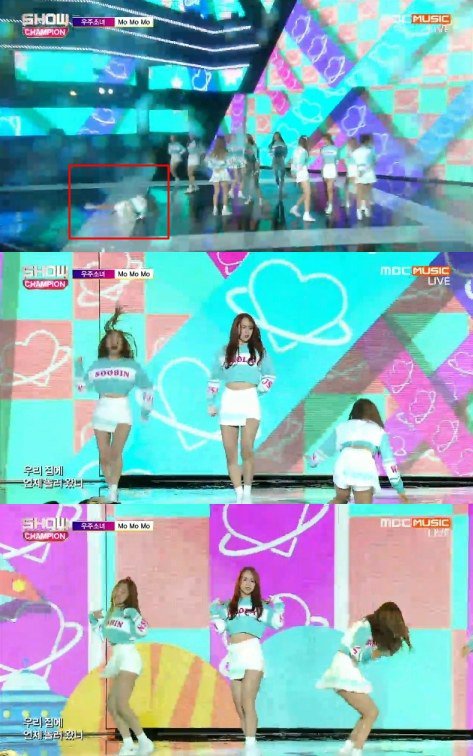 [+ 401, – 15] Man this happened with G-Friend too. If you’re going to invite groups that dance manage your stage properly; If you can’t only invite ballad singers who don’t move much;;

[+ 240, – 5] Even the photos look like they hurt…the first picture…even if it was outdoors they should have prepared better for situations like that…I thought they would have fixed things after G-Friend…