Lee Min Ho maintains a professional composure as he continues with his professional commitments despite the media frenzy caused by his public relationship to miss A’s Suzy.

After being spotted at the Incheon International Airport fresh after his dating confirmation with Suzy, Lee Min Ho attended the launch of a new product in Tiangjin, China. The promotional activity for the brand is his first official public event and was welcomed warmly by his fans.

Appearing in an all white ensemble, he was praised by the MC as, “A pure white god has appeared and womens’ screams are blowing the stage away.”

At the event, he was also asked of his upcoming projects to which he hinted that, “I am constantly considering my options for the next piece. I will try to greet fans with good work as fast as I can.”

Meanwhile, back in March 23rd, Lee Min Ho and Suzy’s relationship was reported by Dispatch, which was further confirmed by their respective agencies. Having been spotted dating in Seoul and London, the couple is revealed to have been dating for a month.

The actor has not confirmed any project following his last drama The Heirs and film Gangnam Blues. 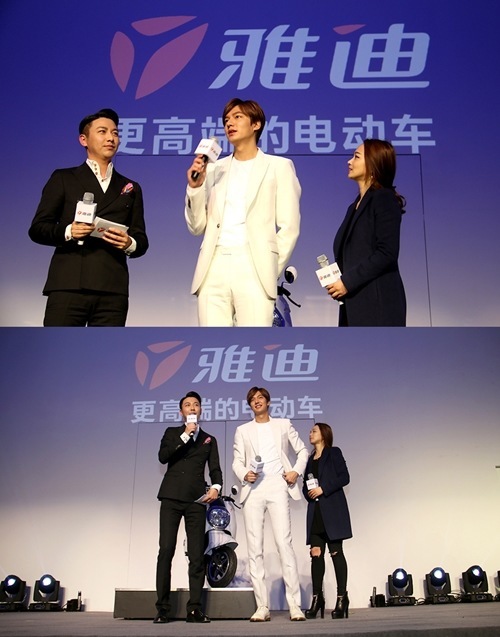