BIGBANG’s G-Dragon and Komatsu Nana are embroiled in dating speculations once more after they were allegedly spotted together in Japan.

On November 9th, a number of Japanese press reported that the two were spotted on dates last November 5th and 6th. G-Dragon was in Japan for those two dates as BIGBANG held their tenth-anniversary encore concert at the Tokyo Dome.

The Japanese press claimed that G-Dragon and Komatsu Nana met after BIGBANG’s concerts. The images allegedly showed the two wearing masks to conceal their identities in Shibuya, Japan. 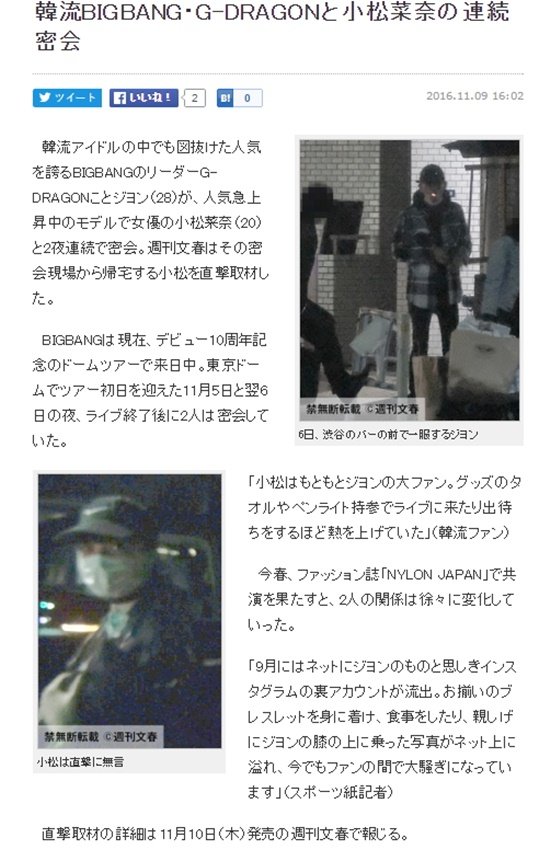 G-Dragon and Komatsu Nana first met at the Chanel show held in Seoul, South Korea which was followed by a pictorial for a fashion magazine. The dating speculations heightened when leaked photos from G-Dragon’s private Instagram account confirmed their closeness. YG Entertainment’s statement did not confirm or deny G-Dragon’s private life.