TAHITI previously released a comeback video teaser on January 4th, giving fans an insight into their sexy dance track, which will be on their upcoming EP.

Since then, they have released two group images, both revealing the members in tight leather, high-waist pants and crop tops. On January 5th, the girl group revealed another video teaser, this time of four members (minus Jisoo) practicing their intro track choreography.

The intro track is an upbeat song that highlights trumpets as the hook. TAHITI will be releasing their 2nd mini-album with a more mature sound and performance later this month. 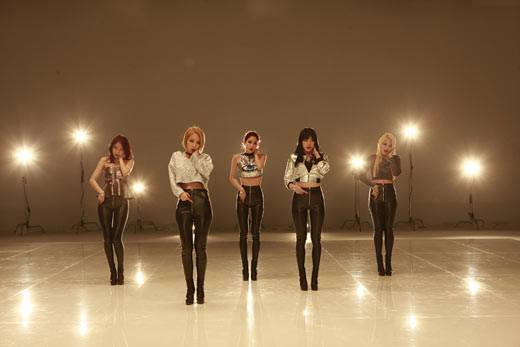 BLACKPINK Flex Their Global Superstar And Ambassador Statuses In “Pink Venom,” Proving Why They’re The Queens Of Both Worlds