With the past few years feeling like they’re flying by and it already being 2016, netizens quickly remembered that next year could be a big year for one of their favorite actors.

Looking back to a previous interview with Park Hae Jin, who’s currently starring in the drama Cheese in the Trap, the actor could be getting engaged in the spring of 2017 if he’s still single by then. Upon reading about the situation, many netizens have expressed their jealousy toward the actor’s potential bride. 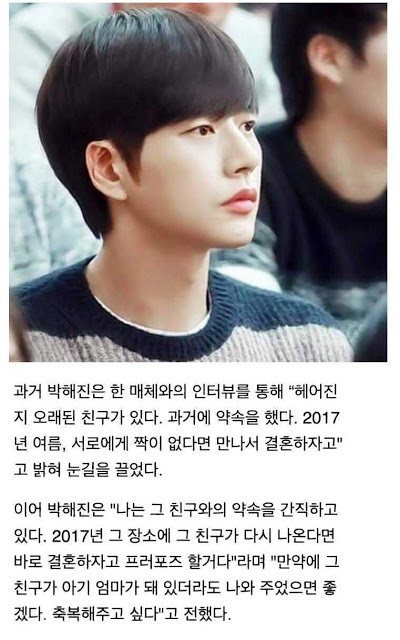 “I broke up with a friend of mine a while ago, and promises back then that if neither of us were dating anyone by the summer of 2017, we would get together and get married. I still remember that promise with her, and if she does show up at the promised location in 2017, I’ll propose to her on the spot. However, if she’s married with children by then, I hope that she will still come out to the spot so I can give her my blessing.”