Red Velvet is one of the hottest rookie groups in the industry, but netizens have not been impressed by the group’s newest member Yeri.

According to a post on Pann, many netizens have felt that the SM Entertainment singer’s vocal skills are lacking, and some have even questioned why she became a singer in the first place. Although Yeri is quite popular, it appears that many fans feel that she needs to improve her vocals, as the post has gained a lot of support, with an overwhelming majority of netizens agreeing that her vocal skills are lacking. 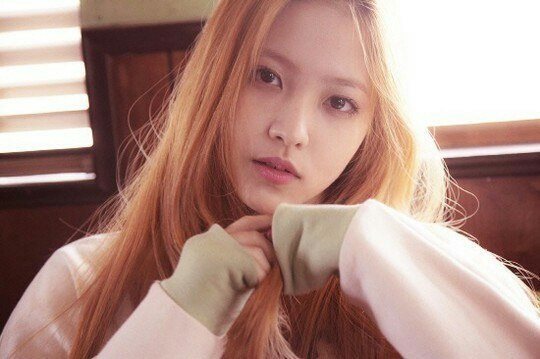 [+ 303, – 8] I went to school with her and she didn’t look like she was very stressed out from training. She came to school well, and I saw her at street food vendors with friends often after school. In her Cyworld mini-homepage there are a lot of picture of her hanging out with friends. I don’t think she trained back breakingly hard because she was young.

[+ 164, – 8] Although she maybe lacking in skill I think she was born to be on stage. She knows camera angles better than the older members and she looks very relaxed on stage..all she needs to do is practice.