With Descendants of the Sun having become one of the most popular dramas of all time, lead character Yoo Shi Jin has become a fan favorite character.

And while playing the role has solidified Song Joong Ki‘s place at the top of the industry, it appears that Yoo Shi Jin isn’t everyone’s favorite recent male lead. In fact, according to a post on Pann, many netizens believe that Signal‘s Lee Jae Han is a more likeable character than the Descendants of the Sun lead, with some even claiming that he trumps Yoo Shi Jin in both personality and looks. 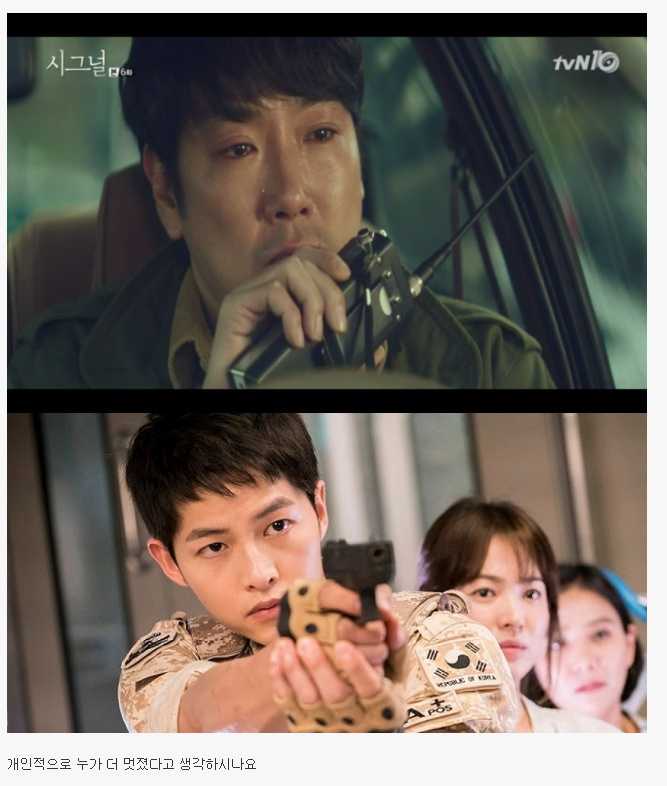