Going for a manly look, actor Kim Soo Hyun dressed in outfits that consist of leather along with dark shades of color. Wearing a black jacket in some of his photos, Kim Soo Hyun gives a heart melting stare in the photoshoot.

With his large black and white scarf, Kim Soo Hyun tops off his chic and stylish outfit that gives him a masculine appearance. To pull the pictorial together, the photo shoot was taken in a seemingly abandoned and wore down building where the actor explores thoroughly inside and out.

Kim Soo Hyun is well known for his acting in the hit drama, You Who Came from the Stars, which aired from the end of 2013 to the beginning of 2014. He also played roles in the dramas, Moon Embracing the Sun, Dream High, and Dream High 2. 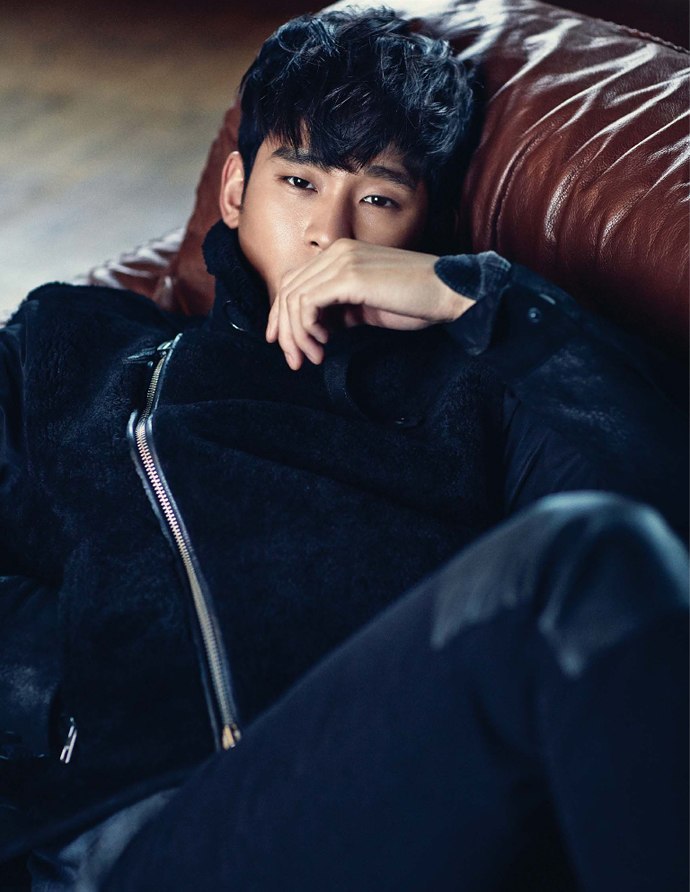 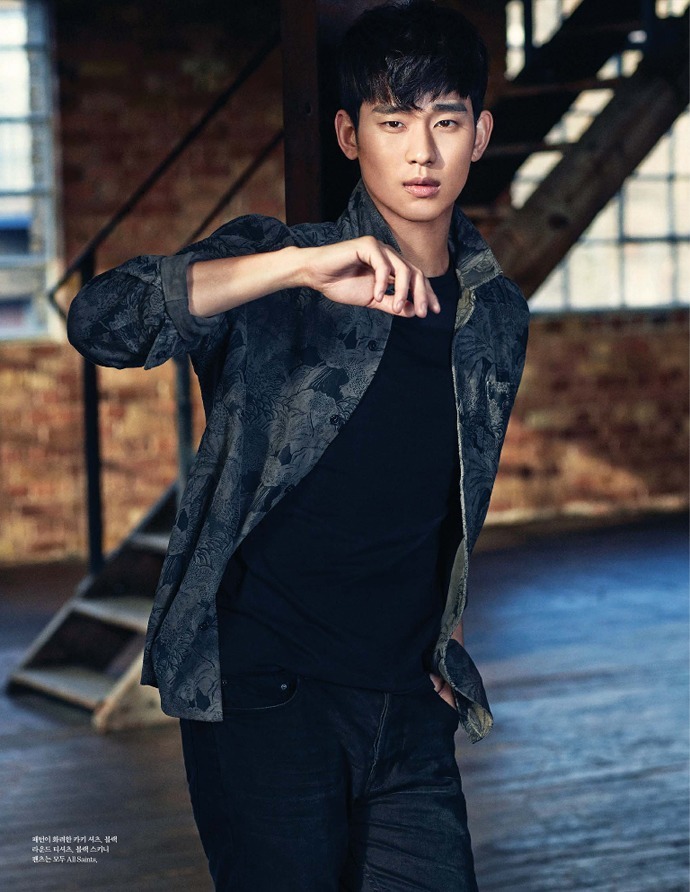 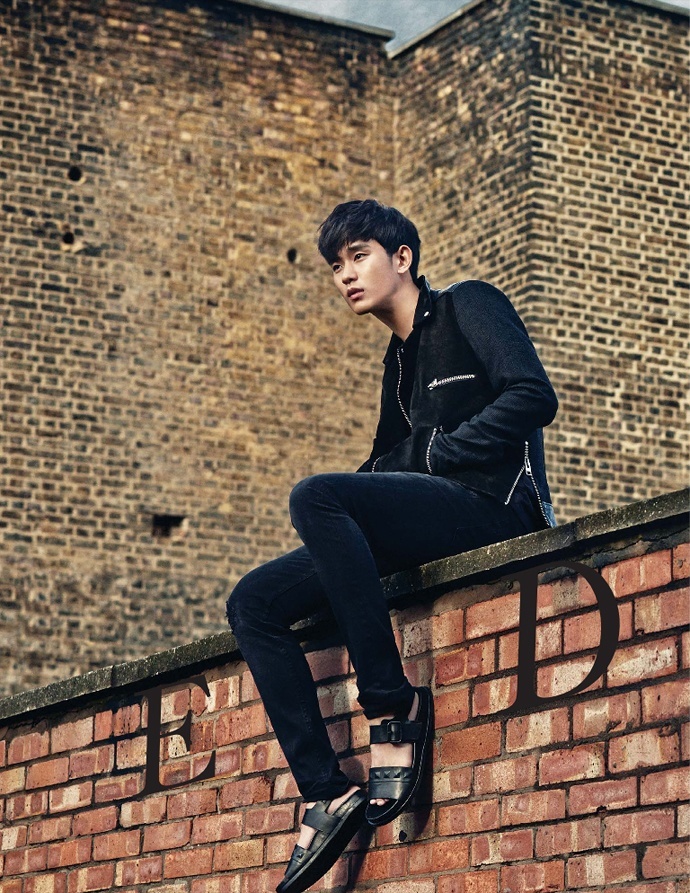 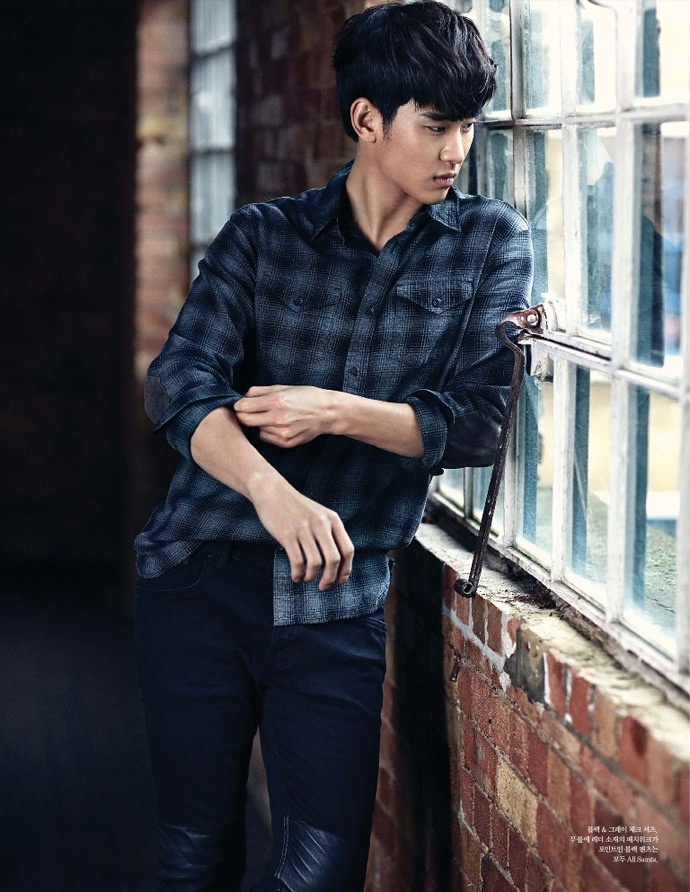 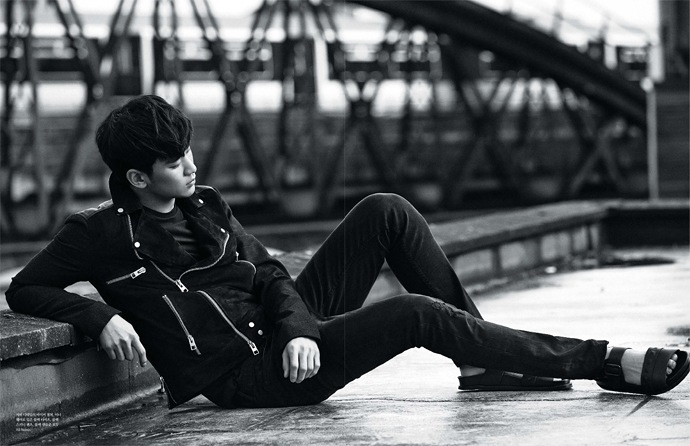