After child actress Park Min Ha shared a picture of herself with a signed EXODUS album and stated she would marry EXO’s Kai, many of Kai’s fans have left nasty comments on her Instagram.

On April 17th, Park Min Ha uploaded a compilation of herself holding an autographed version of the Kai version of EXO’s EXODUS album via Instagram.

Kai had personalized her CD with a message that read, “Pretty Min Ha, I hope you become the best actress in Korea. Kai oppa will always cheer for you! Come marry me when you’re olderㅋㅋ“

While some fans left comments supporting the actress and congratulating her, others left hateful, jealous comments about her gift. 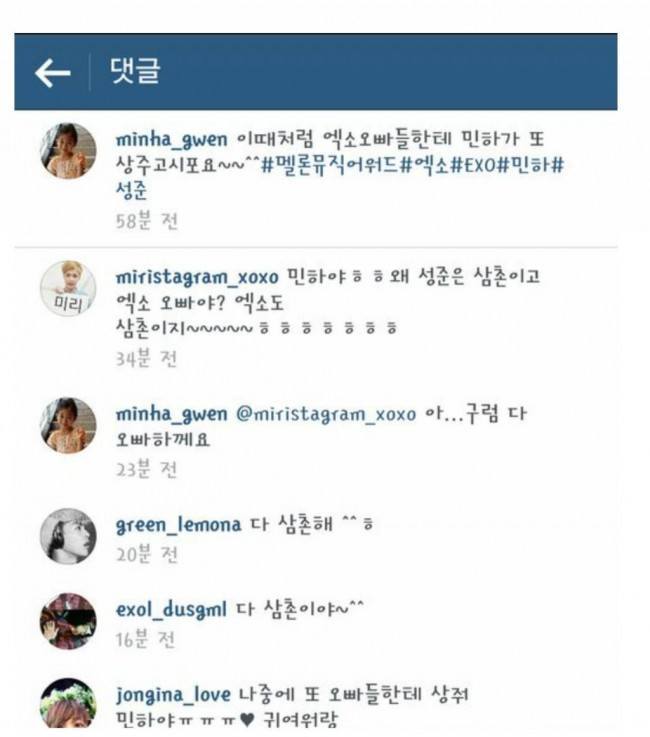 Many EXO-l left comments asking why she referred to other artists of EXO’s age as “uncle” and EXO members as “Oppa”.

Many international fans have flooded to the Instagram post and many EXO-ls both Korean and non-Korean have expressed their regret for the immature action of some fans.