BOYFRIEND shed tears of joy as it was announced that they won first place on SBS MTV The Show. This marked their first win since their debut, making it a milestone in their career.On the November 11th broadcast of SBS MTV The Show, BOYFRIEND performed their comeback track “Witch.” This was their title track in their 3rd mini album, which was released last  October 13th.

Since this is their first win on a show since their debut the members were understandably happy, and they even received well wishes via Twitter from their seniors K.Will and JunggiGo.

K.Will congratulated the boys saying “Everyone please be happy, our BOYFRIEND boys have finally won first place since their debut!! They did it~ㅠㅠ Look at this puzzled look ha Great job!! Cool!! Let’s congratulate them together~!!”

However K.Will and JunggiGo were not the only ones to congratulate the boys, as fans from around the world celebrated this win by making #BOYFRIEND1stWin trend worldwide on Twitter.

Meanwhile, BOYFRIEND is now preparing for their first concert in South Korea since their debut, Bewitch, which will take place on Sunday, November 23rd at the Olympic Hall in Seoul. 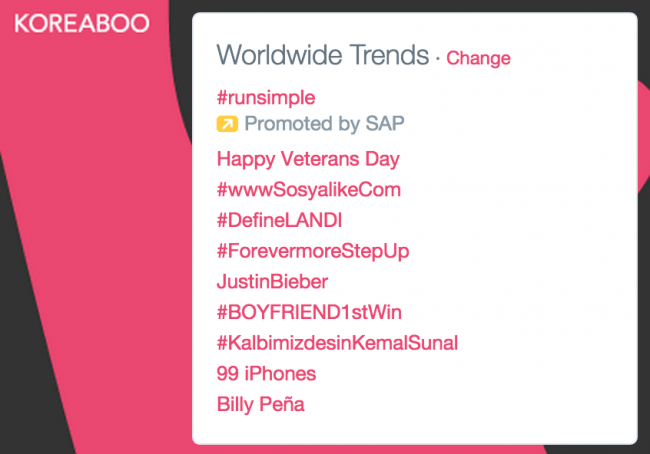